Are children born out of wedlock condemned in hadith? 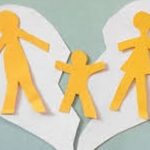 Waqar Akbar Cheema Abstract A cogent analysis of hadith reports about children born out of wedlock with focus on the meanings of such reports as understood by traditional scholars of Islam over the centuries. The article shows such reports considered suggestive of condemnation of children born as a result adultery were actually never meant as such. They were either specific ... END_OF_DOCUMENT_TOKEN_TO_BE_REPLACED