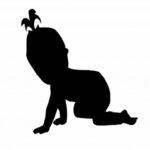 Waqar Akbar Cheema Among the hadith reports with apparently problematic meanings is one related as; “الوائدة والموءودة في النار” Usually it is understood as: “The woman who buries her daughter alive (al-wa’idah), and the girl who is buried (al-ma’udah) will both enter Hell.” As such, without any context, the hadith is recorded in Sunan of Abu Dawud on the authority ... END_OF_DOCUMENT_TOKEN_TO_BE_REPLACED

Qur’an says ‘Ask People of the Book’: What and Why? 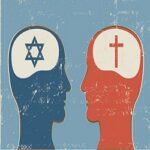 Waqar Akbar Cheema 1. Introduction Qur’an 16:43 and 21:7 are the references some critics of Islam often use to assert that Qur’an testifies the Judeo-Christian people to be the bastions of the monotheistic faith. It is argued that these verses also testify to the authenticity of the Bible. Part of the verses they quote goes as: فَاسْأَلُوا أَهْلَ الذِّكْرِ إِنْ ... END_OF_DOCUMENT_TOKEN_TO_BE_REPLACED

Correction or Consolation? Qur’an 4:95 and Exemption for the Blind Man 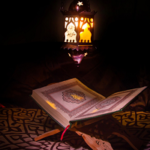 Waqar Akbar Cheema Abstract The piecemeal revelation of Qur’an against various contexts in over two decades served the purpose of strengthening the hearts of the first Muslims. Those unable to appreciate this scheme of revelation harbor and pronounce undue skepticism towards the Prophet’s mission and accuse him of making up ‘convenient revelations.’ One such example is when a dispensation in ... END_OF_DOCUMENT_TOKEN_TO_BE_REPLACED 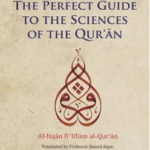 Waqar Akbar Cheema … As part of their series “Great Books of the Islamic Civilization” Muhammad bin Hammad al-Thani Centre for Muslim Contribution to Civilization in association with Garnet Publishing have published translation of a part of Jalal al-Din al-Suyuti’s (d. 911/1505) celebrated work al-Itqan fi ‘Ulum al-Qur’an, “The Perfect Guide to the Sciences of the Qur’an.” Part 1 Volume ... END_OF_DOCUMENT_TOKEN_TO_BE_REPLACED 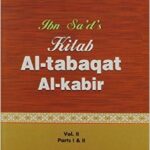 Waqar Akbar Cheema Muhammad Ibn Sa’d’s (d. 2330/845) work “Kitab al-Tabaqat al-Kabir” or “Tabaqat al-Kubra” is an important source of information regarding life and times of early Muslims including a detailed account of events and aspects the life of the Messenger of Allah (ﷺ). Part of the work covering the life of the Prophet was translated into English by S. ... END_OF_DOCUMENT_TOKEN_TO_BE_REPLACED 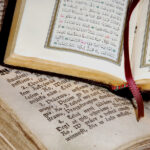 Domestic Violence: Critique of some modern opinions on Quran 4:34 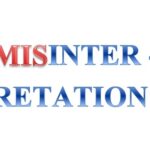 Gabriel Al Romaani Abstract Muslim communities face increasing pressure to integrate with the prevailing secular culture by reinterpreting their values that clash with the existing cultural hegemony. Many are swayed by such pressure to reexamine Qur’anic verses or existing Islamic legal rules to bring forth interpretations that will conform to contemporary secular values. Modern attempts to reinterpret the Qur’anic verse ... END_OF_DOCUMENT_TOKEN_TO_BE_REPLACED

Does Islam Allow Wife-Beating? The Traditional Understanding of Qur’an 4:34 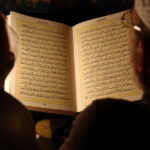 Waqar Akbar Cheema Abstract  Incidents of domestic violence in Muslim families are attributed by many to the verse 4:34 from the Holy Qur’an, which is misconstrued as condoning domestic violence. This paper will demonstrate that such an interpretation is a result of a desultory reading of the meanings of the verse. The paper will investigate the traditional interpretations of the ... END_OF_DOCUMENT_TOKEN_TO_BE_REPLACED

Islam- A System of Life or an Apolitical Set of Beliefs, Rituals and Morals? 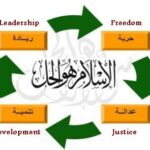 Waqar Akbar Cheema Abstract Many of the confusions about Islam persist for the failure to understand the scope and outlook of Islam towards the world. People find it odd for a religion to inspire political ideas, and principles of legislation, governance, business and penalties among other things. In order to get into a better position to understand these dimensions of ... END_OF_DOCUMENT_TOKEN_TO_BE_REPLACED