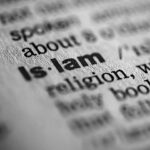 Muhammad Hasan Askari Certain key features of [the orientalist] tradition were succinctly summarized by Muhammad Hasan Askari (1919-1978) in a short two-part treatise. [1] Part two of this book contains a list of 153 specific presumptions, claims, and approaches to Islam which Askari called aberrations (gumrāhī).[2] He pointed out that, in previous eras, aberrations were limited in number and in ... END_OF_DOCUMENT_TOKEN_TO_BE_REPLACED