Is ‘Ikrimah alone in narrating the hadith “Whoever changes his religion, kill him”? 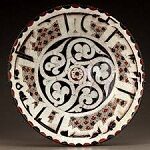 Waqar Akbar Cheema 1. Introduction Some modernists claiming to be ‘real Hanafis’ in their spree of lies suggest that ‘Ikrimah – the freedslave of Ibn ‘Abbas – is alone in narrating the well-known hadith about the punishment of apostasy, من بدل دينه فاقتلوه Whoever changes his religion, kill him. Coupled with their baseless accusation that ‘Ikrimah was a Kharjite (an ... END_OF_DOCUMENT_TOKEN_TO_BE_REPLACED