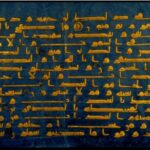 Ijaz Ahmad On September 27, 2014 Jay Smith debated Dr. Shabir Ally on the topic “Which is the Word of God: The Bible or the Qur’an?” In this debate he made bold claims about the Qur’an. Br. Ijaz Ahmad from Trinidad & Tobago produced a document with a detailed response to him highlighting his mistakes and lies. The following is ... END_OF_DOCUMENT_TOKEN_TO_BE_REPLACED